When it comes to business, everyone wants to win.

Choose the best partner for your business.

In over 40 years, more than 1.7 million customers have trusted TeamSystem to make the digitalization of their activities simple and safe. Our goal was to raise the awareness of the different services and products that TeamSystem offers to its clients, increasing the brand reputation thanks to a strategic partnership with the Italian football team during the Euro 2020 championship.

At a time when in Italy Euro 2020 was a trending topic, football was the language of our messages: in our headlines, we used a simple but effective football jargon to underline the characteristics of the individual products. In our videos, we replicated the most memorable celebrations of the best Italian soccer players. On the radio, we used a special speaker to engage the target through a match commentary.

The campaign aired before the start of the European football championship and no one would ever have bet on Italy’s victory. But as the weeks went by and the victories continued, the opportunities for the brand increased.

In the final part of the tournament, we aired special messages to support the national football team during the most important challenges. Our tv spot aired during prime time, and our print campaigns followed on Italy's most important sport newspapers. 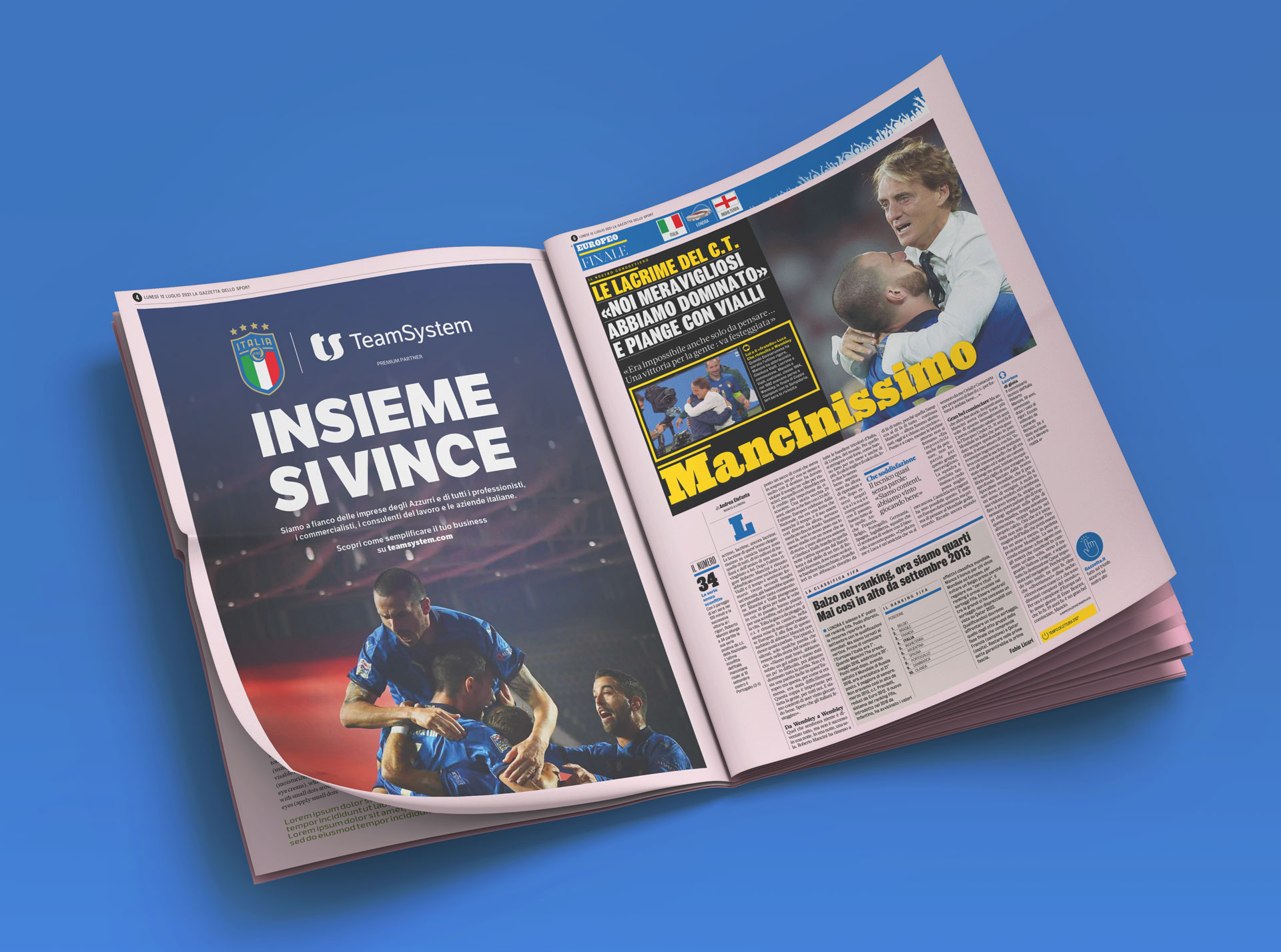 Think this was smart? Maybe we could help your brand too. Drop us a line.